Gold’s Gym, A Unicorn, and a Special Friendship

It was a typical day at Gold’s Gym Greer, when Jennifer stopped by, along with her 4-year-old daughter Charlotte. That day Charlotte was sporting an “I Love Unicorns” t-shirt, which caught the attention of one of the team members who had the pleasure of meeting her in the Kids Club. 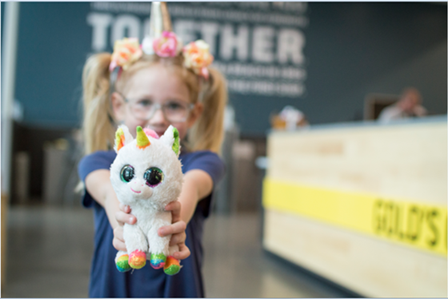 Across the gym, John Fournier, fitness manager, and new dad noticed Charlotte and a team member walking over to him. John’s eyes lit up and he up and began to tell Charlotte how much loves unicorns himself. John, who stands around 6 ft and weighs 260 lbs., grabbed his “Unicorn Lifting Team” shirt as the two continued to chat about their love for unicorns and to one day go unicorn hunting together.

John… put together a scavenger hunt of unicorn clues.

The next day, Charlotte came back into the gym with her mom and had no idea what John and the team at Gold’s Gym Greer had in store for her. John had purchased a stuffed unicorn and, alongside his team, put together a scavenger hunt of unicorn clues that ultimately led Charlotte to finding her new stuffed unicorn toy!

“Within a couple of days, the staff knew us by name and Charlotte got to meet ‘the strong guy who loves unicorns,’” said Jennifer, Charlotte’s mom. “They put together a cute little scavenger hunt for her and she has not stopped talking about it.” 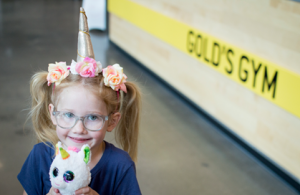 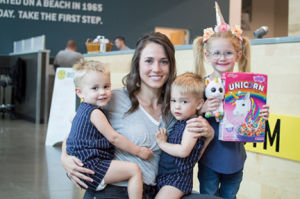