Getting in shape isn’t always a straight, steady climb. Sometimes you fall back and start over. Sometimes you stop altogether. And sometimes you never want to start again. Jude Jean-Marie knows all about that.

Six months before his 30th birthday, he resolved to get in the best shape of his life. He joined Gold’s Gym, began eating better, and started running. Then, during one sprint in December 2015, he heard a pop: The tendon in his kneecap had ruptured. After his surgery, Jude was confined to bed rest and told his recovery would take months. He spiraled into depression, spending his days watching movies and scarfing down peanut butter M&M’s.

One day, while he was climbing stairs, he broke down crying, discouraged by how long his recovery was taking. He wondered: Would he ever be able to work out again? Jude’s mom, Ersulie, comforted him. “You’re my son,” she said. “I’ve seen you overcome before.”

Ersulie pulled Jude out of his slump. She convinced him to go back to Gold’s Gym—as her workout buddy. They met there a few times a week, walking side by side on the treadmills. They talked. They took group exercises classes together. They pushed each other. After a few months, his health improved. 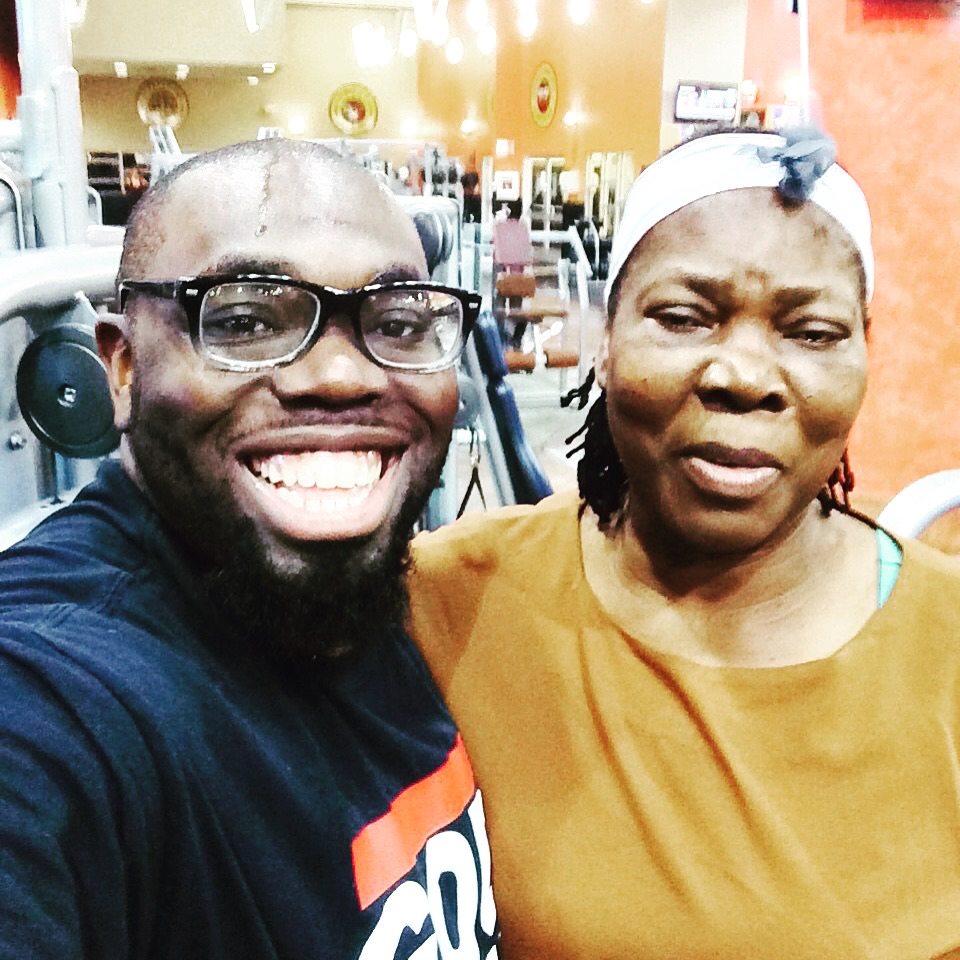 In December 2016, less than a week before Christmas, Jude and Ersulie were talking at home when she stopped mid-sentence. Jude realized she was having a heart attack. He called 911 and performed CPR, but the next day, Ersulie died in her son’s arms.

Jude spiraled again, floating through days in a fog of grief. Friends brought him food, and he fell back into the habit of eating for comfort. When he couldn’t sleep, he’d eat. When he felt like crying, he’d eat. He gained more than 20 pounds.

On the day he went to cancel his mother’s gym membership, Jude saw a poster for the Gold’s Gym Challenge and heard his mom’s voice.

Jude hesitated but decided to complete the 12-week Challenge in Ersulie’s honor.

Inspired by his mom, he found his focus. Jude worked out twice a day at Gold’s Gym. All along the way, he felt the support of the Gold’s Gym community.

“When I started coming back, they really embraced me,” he said. “I had tons of encouragement—a lot of advice, a lot of one-on-one conversations on my progress.”

He started with cardio to build up his stamina—mostly the incline—walking for 30 minutes. Then it became an hour. Then he started running 45 minutes a day.

He’d go to the gym at 5 in the morning for an hour and then again after work, observing Gold’s Gym trainers at times to see what they did. “Whether it was 5 in the morning or 5:30 p.m.,” he said, “I was always finding someone within the Gold’s Gym family to encourage me or push me along or offer suggestions on different types of workouts.”

There were still low points. Just being at the gym was hard because that’s where he and his mom shared so many memories. As for the Challenge itself, he would ask himself: “This won’t bring her back, so why bother?”

But he pushed on, and by maintaining his exercise motivation, he brought himself back. Jude liked the control that exercise gave him over his cravings, grief and stress. He was able to sleep again. He learned portion control and how to cook healthy meals, applying Gold’s Gym nutritional articles. Going to the gym was hard, but not as hard as what he was already facing: life without his mom. Everything else, he told himself, was easier than that.

At the end of the 12 weeks, he’d lost 57 pounds (from 247 to 190) and cut his body fat percentage in half. At his gym, Jude won the local Gold’s Gym Challenge, then went on to become the 2017 Gold’s Gym Challenge Overall Male Winner. He still misses his mom, but through exercise and diet, he’s found self-discipline, healthy habits, and ways to manage stress.

The Gold’s Gym Challenge, he says, “may have just saved my life.” Those 12 weeks were a training period for how to live every day, he says.

And what would his mom have said about all this?