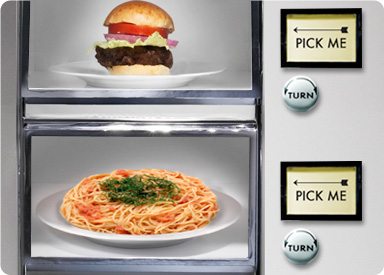 5 Big Dining-Out Blunders: Are You Guilty?

Dining out can be tricky business. Sure, you’ve avoided all things Alfredo, substituted your fries for a salad, and asked for the dressing on the side, but other hidden diet disasters may await.

So the next time you eat out, don’t be fooled. Here’s a rundown of secret diet saboteurs—and tips on how to avoid them.

You already know that cream-based sauces are fat traps, but did you know that butter is often added to sauces that might otherwise be considered healthy? This includes marinara and other tomato-based sauces. Plus, low-fat or fat-free sauces are often loaded with sugar, making them high in calories. So before you order a big bowl of spaghetti, ask the waiter how the sauce is prepared, and then take it from there.

Chances are if that bun has been toasted, it’s also been slathered in grease, just like most items that are prepared on a restaurant grill. Ask for your buns “dry,” or minus butter or oil.

Steamed veggies, undressed, are low in calories, but most restaurants douse them in butter. Be sure to ask your waiter how they’re prepared, and if butter enters the equation, ask that the chef stick with the true definition of steamed. The same is true with grilled veggies: Chances are they’ve been soaked in an oil-based marinade.

Feeling good about choosing the filet mignon over prime rib? While it’s certainly a healthier cut of meat, it could still come with hundreds of extra calories. Watch a cooking show or two and you’ll learn that meat is usually tossed in melted butter or oil first — as if the meat didn’t have enough fat to begin with. Even veggie burgers share the same grill with hamburgers, meaning grease may have attacked your veggie burger.

Alcohol doesn’t just add extra calories; it also clouds your judgment and may ruin your best intentions of eating healthy. Hit up any happy hour and you’ll see: Suddenly those buffalo wings don’t look so unhealthy. Stick with one lower-calorie drink such as a nice glass of wine or light beer to stay on track. Your wallet and diet will thank you!