Aside from the actual game, the best part of football season is the food. Unfortunately, the dishes prepared are generally not the healthiest, and tend to be full of canned ingredients. Thankfully, there are some great ways to provide healthy alternatives to the usual suspects that appear at tailgates and watch parties around the country. Centering on fresh ingredients, these alternatives are tasty and creative without doing major damage to your calorie count.

“Real food is real flavor, you can keep the fake stuff,” says Matt Armendariz, a food blogger and photographer who has appeared on Martha Stewart’s show and has been featured in The New York Times, The Los Angeles Times and Bon Appetit magazine.We asked Armendariz to suggest five healthy dishes to substitute for some of the classics. What he came up with are five modern and exciting ways to snack without any regrets throughout the season. 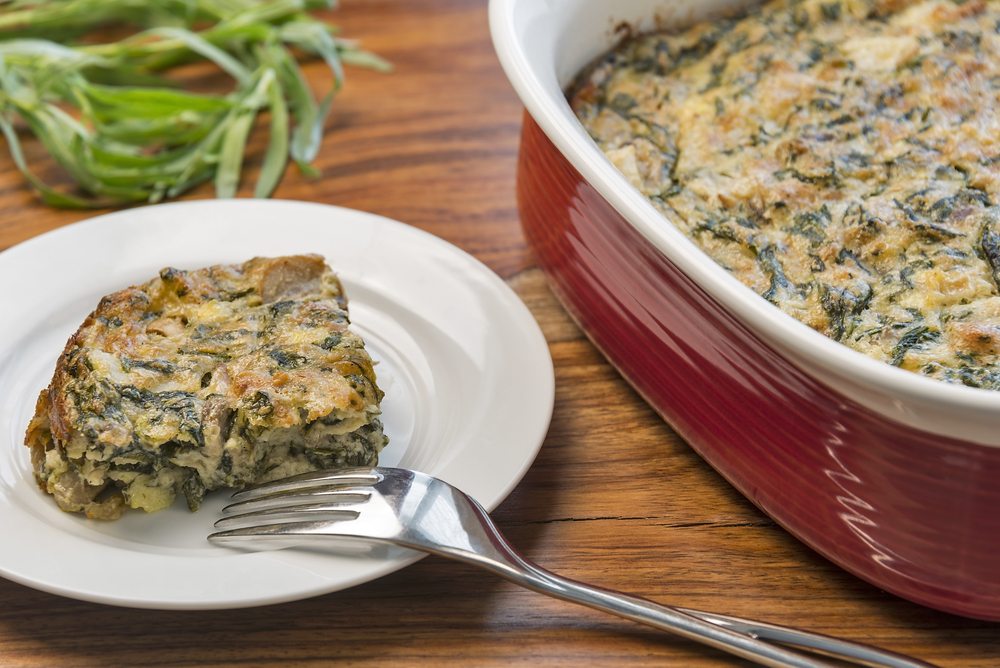 Coach’s Strategy:
Processed and fatty ingredients such as refried beans, various cheeses and sour cream make up the typical five-layer dip—Trader Joe’s Five Layer Fiesta Dip packs 280 calories per cup. Instead, Armendariz opts for an egg strata: “Think of easy and healthy breakfast items such as turkey sausage and spinach to create an egg strata.” This dish is a fun and unique take on the casserole, and great for feeding a large crowd. The best part is that it only requires whipping up a simple egg mixture and tossing in some ingredients. Here’s an example to get started. 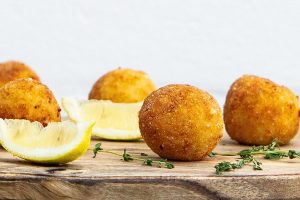 Coach’s Strategy:
There are 161 calories in just one large barbecue rib, and we all know you can’t eat just one. “Go with chicken meatballs,” suggests Armendariz. “Stick toothpicks in them and serve with a homemade BBQ sauce.” Store-bought barbecue sauce often contains large amounts of sodium and high-fructose corn syrup. For an easy and healthy homemade sauce, check out this recipe, and here’s a quick guide to chicken meatballs. 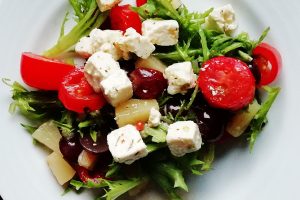 Coach’s Strategy:
Potato salad may be easy to make, but with the amount of salt and mayonnaise usually needed, one cup alone can boast 357 calories. Instead try a panzanella. “Panzanella is a big salad with lots of veggies, some toasted bread, mozzarella balls and cherry tomatoes. Chop some basil over the top, make a very simple vinaigrette, and it’s done. You’d be surprised how quickly this disappears for what might be considered a ‘light’ salad.” Panzanella is quick, easy to make, and fun to experiment with. Feel free to add healthy vegetables such as carrots, parsley or celery for some added flavor. See this recipe for a simple example. 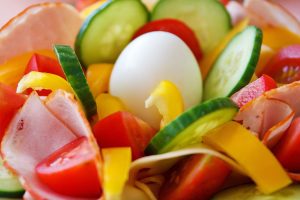 Coach’s Strategy:
We all know potato chips can be bad if you are trying to watch your sodium intake. Add a sour-cream-based dip, which is 537 calories per cup, and you’re off to a bad start. Armendariz has a healthier dipping option. “I know this is Super Bowl, and hardly anyone can resist dips, so in this case I’m a big fan of assorted vegetables to go with a white bean dip.” Feel free to try other dips with your veggies, such as these. 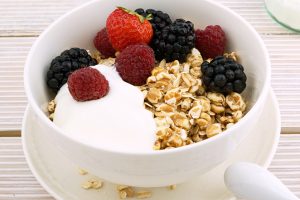 Coach’s Strategy:
Let’s face it, everyone loves brownies, but we all know they’re not friendly to your waistline—and piled high on a plate, the temptation to eat the whole lot becomes too much to resist. “For a sweet dessert that’s easy for a crowd and isn’t loaded with fat and calories, try Greek yogurt and berries that have been macerated in a little bit of sugar. You can drizzle honey, zest some lemon and sprinkle with cinnamon.” Feel free to add low-fat granola to make a fun parfait. The best thing about this dessert is that you can control portions by making individual cups for your guests.

Gold’s Gym has been defining the fitness industry since 1965. From its beginning as a small gym in Venice, California, Gold’s Gym has grown into a global icon with nearly 700 locations across 6 continents. Featuring state-of-the-art equipment, certified personal trainers, a diverse group exercise program and a supportive, motivating environment, Gold’s Gym delivers a dynamic fitness experience focused on strength and performance. More than a gym, Gold’s Gym combines coaching, community and more than 55 years of fitness expertise to help people around the world achieve their potential through fitness.