7 Ways to Speed Up Your Metabolism

You’ve undoubtedly run across the word metabolism, but do you know what it means? It’s pretty simple, really: the process by which your body turns calories and oxygen into energy. In fact, metabolism accounts for between 60% and 75% of the calories you burn during the day. But as you age, your metabolic rate decreases because the mitochondria (the fuel cells of the body) slow down. Your body loses calorie-burning muscle tissue, too. It’s possible, however, to boost metabolism with these seven secrets from Gold Gym Fitness Institute expert Robert Reames. 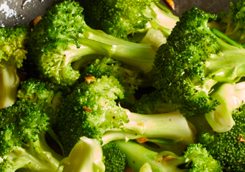 Fats, proteins and carbohydrates break down at different metabolic rates, so a balanced diet is key to maximizing the body’s efficiency. “If you eat a protein along with a fiber, some carbohydrates and a good fat, you’re keeping your insulin levels at bay, so you’re burning fat instead of storing fat,” Reames says. (One menu recommendation: a chicken breast and quinoa in an olive oil and herb sauce, served with a heaping portion of spinach or broccoli.) Make sure to have protein with every meal, Reames adds, because the amino acids in protein are the building blocks of muscle, and more muscle leads to higher metabolism. Better yet, proteins have what’s known as a high “thermic effect,” which means you burn up to

30% of the calories during digestion.

Three meals a day—breakfast, lunch and dinner—are a thing of the past. Boosting metabolism is all about giving yourself a continual source of energy. “The body is a fireplace, and you have to stoke the fire,” Reames says. “If you don’t, it doesn’t burn.” Keep adding logs—in this case, a handful of almonds with a high-fiber fruit, such as an apple, or raw veggies with a dollop or two of hummus—to keep the metabolism flames burning brightly. Aim to eat every few hours. 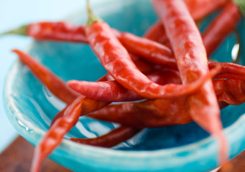 Reames recommends what he calls wonderfoods, such as jalapeños and cayenne peppers, to jump-start your metabolism. If you’re feeling bold, try turmeric, a plant in the ginger family that’s native to southeastern India. It has major metabolic benefits and is also an anti-inflammatory, which will help heal your aching bones and joints, thereby improving your exercise program. Use the turmeric root the way you would add whole ginger to veggie dishes and stews, or sautéed with meats. Turmeric powder goes well in soups and stews or on eggs and other proteins.

“Strength training is essential,” Reames says. “At the end of the day, muscle dictates the rate and efficiency of metabolism. More muscle uses up more energy—meaning more calories.” New research favors high-intensity interval training (HIIT), which favors the intensity of the workout over the duration. According to Reames, “you can blast your intensity for 10 minutes and get more out of it than an hour on the treadmill at a slower speed.”
Want to try a HIIT workout? Click here.

The Centers for Disease Control and Prevention recommends seven to nine restful hours of sleep per night for adults. Reames takes it a step further, encouraging you to stay with your normal circadian rhythms, which means being in bed within an hour of 10 p.m. and waking between 5 a.m. and 7 a.m.

Also important, research shows that maintaining a consistent sleep schedule is key. “People think that if they are sluggish and they are starting to gain weight, they can exercise it off,” Reames says. “Instead of chilling, they go out and run for an hour, but that just exacerbates the stress of the body. They’re doing metabolic harm.” He recommends taking a nap when tired and avoiding alcohol four hours before bedtime to ensure high-quality sleep. 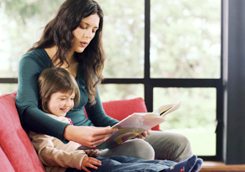 “Stress bellies” is a phrase Reames uses when he sees otherwise fit people who have a bit of a larger stomach than they’d like. We live in a busy world, but finding time—daily, if possible—to do something relaxing is essential. That could be yoga, meditation, reading a book to your child or taking a walk. “You’ll lower your stress and cortisol levels, and your body will become a better metabolic machine,” he says.

Water is the foundation of so many chemical reactions in the body. “We need water for metabolism,” Reames says, so shoot for at least eight cups a day. He notes that studies have shown green tea and coffee to be metabolism boosters. But if you drink coffee, know that it has a half-life of 6.5 hours. If you plan to be in bed by 10 p.m., stop drinking coffee no later than 2:30 p.m so that you have at least an hour with no caffeine in your system.